The IDF was founded twelve days after Israel’s declaration of independence. Though its initial arsenal consisted of only infantry weapons, it eventually chose the M4 Sherman as its first standard tank. The Sherman offered a good combination of firepower, armor protection, mobility and mecanical reliability. Since 50.000 examples had been produced during WWII, many tanks and spare parts were available as surplus or scrap during post-war years.

By the late 1950s, the IDF had purchased about 250 M4A1 and M4A3 Shermans from France. These were armored with the 76mm M1A1/A2 gun and were designated as M1 Super Sherman. At the same time, the IDF independently developed the M50, a Sherman variant armed with the powerful CN-75-50 75mm gun from the French AMX-13 light tank.

The M51 and its futures

Following the Suez crises, the Arab nations acquired more powerful JS-3 and T-54/55 tanks and in response, the IDF further improved the Sherman’s firepower in the early 1960s to create the M51. Late production M4A1s with cast hulls as well as a few M4A3s with welded hulls were selected for this upgrade. The new armament was the D1504L/44 gun, a 1.5m shorter version of the CN-105-F1 105mm gun that was developed for the French AMX-30 main battle tank and equipped with a massive muzzle brake. The shortened barel reduced muzzle velocity by 800m/s but it was still able to penetrate 360mm of armer at up to 4,000m when firing HEAT (High Explosive Anti-Tank) ammunition. The gun featured a new trunnion and mantlet and a large counter weight was fitted to the T23 turret to offset the long barrel. HVSS (Horizontal Volute Spring Suspension) with wide T80 tracks were used and most examples were powered by 460hp Cummins VT8 diesel engines.

The first M51 was delivered in July 1962 and 180 had been modified by the mid-1960s. By this time the iDF possessed Centurions and M48 Pattons, but the M51s serve alongside these newer tanks during the Six-Day War in June 1967 and were  deployed mainly with the Aviram, Zippori and 10th Armoured Brigades. In particular, the 14th (Zippori) Brigade, which was part of General Sharon’s armored division, sea extensive action in the Sinai Peninsula. When hostilities began on June 5th, the unit crushed the Egyptian 2nd Infantry Division’s defenses and advanced 120km southwest to reach Nakhl after intense battles from Um-Katef to Abu-Ageila. M51s were present at the Golan Heights as well and were deployed in the northern flank during the offensive toward Quneitra. They also played an important role in the fierce fighting in the West Bank’s Dothan Valley. M51s were again called into action during the 1973 Yom Kippur War. For example, the 9th Brigade’s 595th Tank Battalion rushed to the Golan Heights immediately when the war began and pushed back Syrian armored units. In another noteworthy battle during the advance toward Damscus, General Laner arrayed his four armored brigades, one of which included M51s, in a horseshoe formation and decimated an Iraqi Army armored force.

Despite having served with great distinction in these conflicts, the Sherman’s WWII design was showing its age and the IDF retired them in 1980, with most of them being sold to Chile. However, the experience gained from the development of the M51 helped lead to later tank modification programs as well as the creation of the IDF’s home=grown Merkava main battle tank. 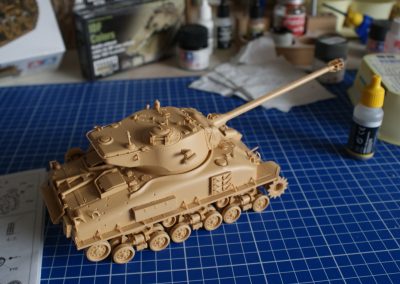 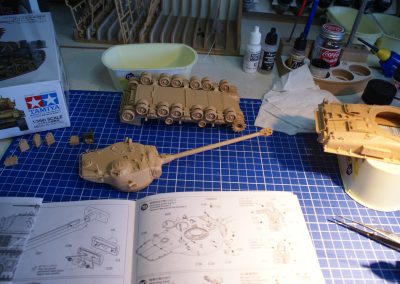 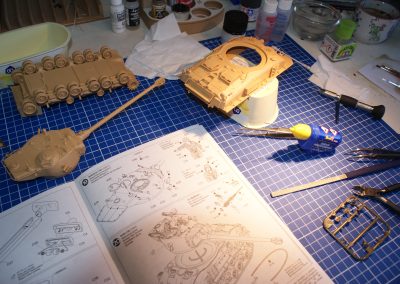 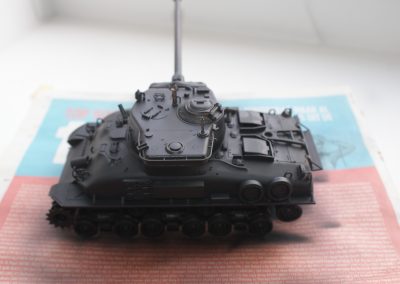