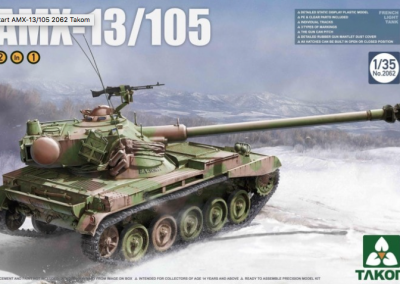 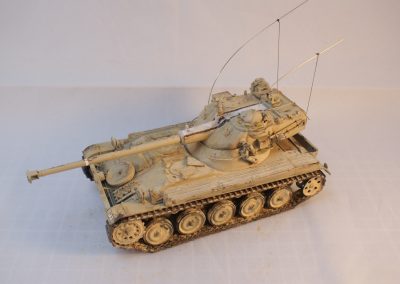 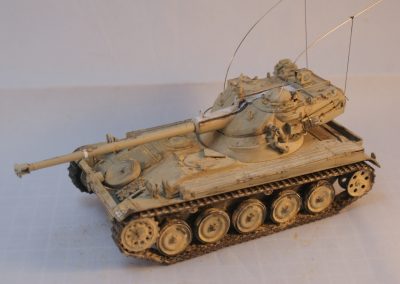 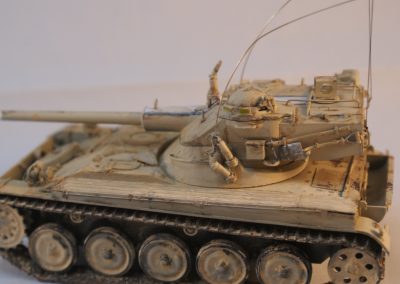 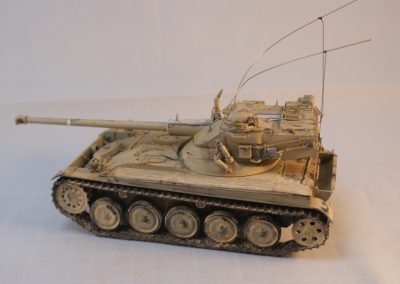 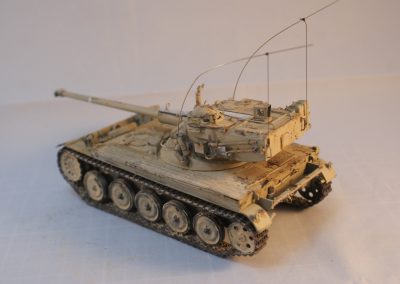 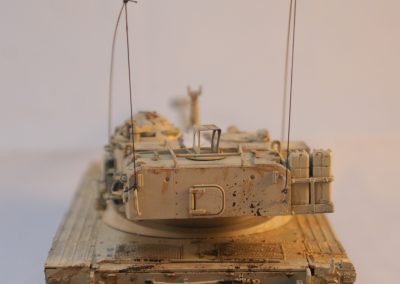 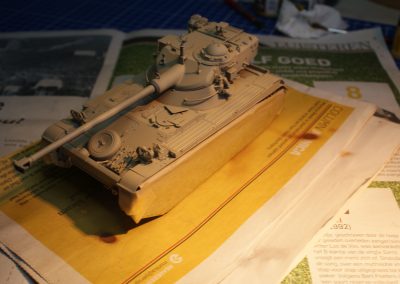 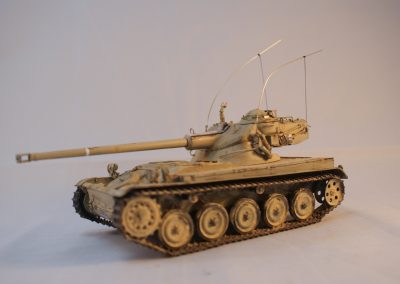 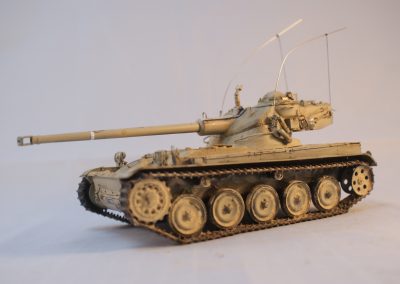 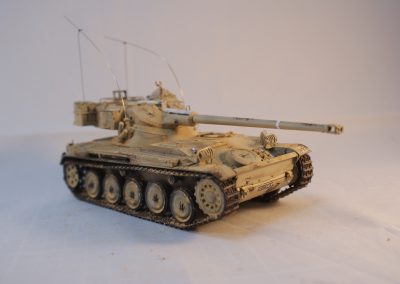 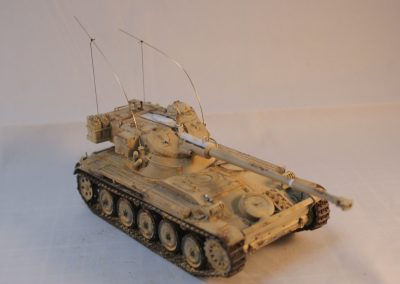 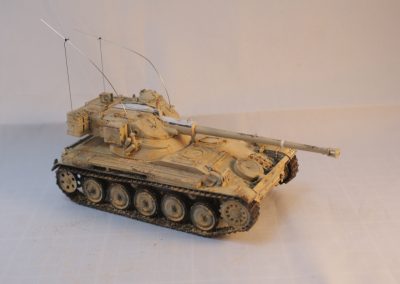 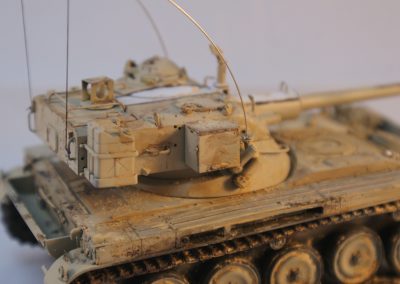 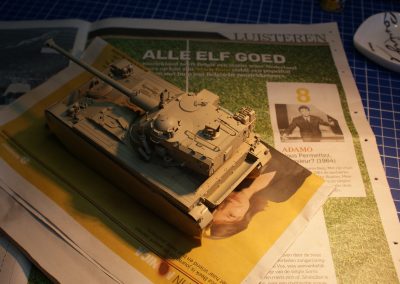 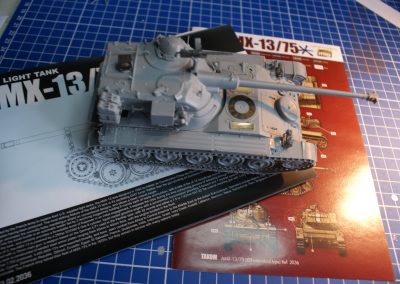 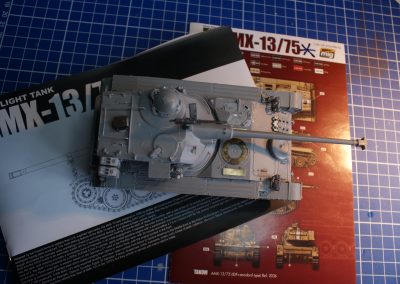 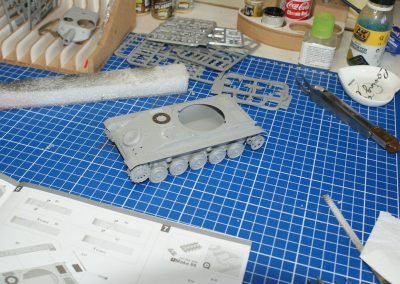 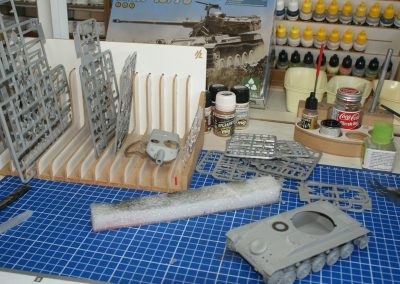 Adopted by the French Army to replace their US supplied light tanks, the AMX-13 was designed in 1950 by Atelier de Construction D’Issy-les-Moulineux and produced by Atelier de Construction Roanne until 1987 with some 7,700 examples having been produced. The most striking feature of the AMX-13 tank is it’s oscillating GIAT turret. Rather then the gun pivoting on trunnions within the turrent, a ‘sub-turret’ (and the gun) elevates within the rating turret.